How to experience a wildness and diversity of Raja Ampat? 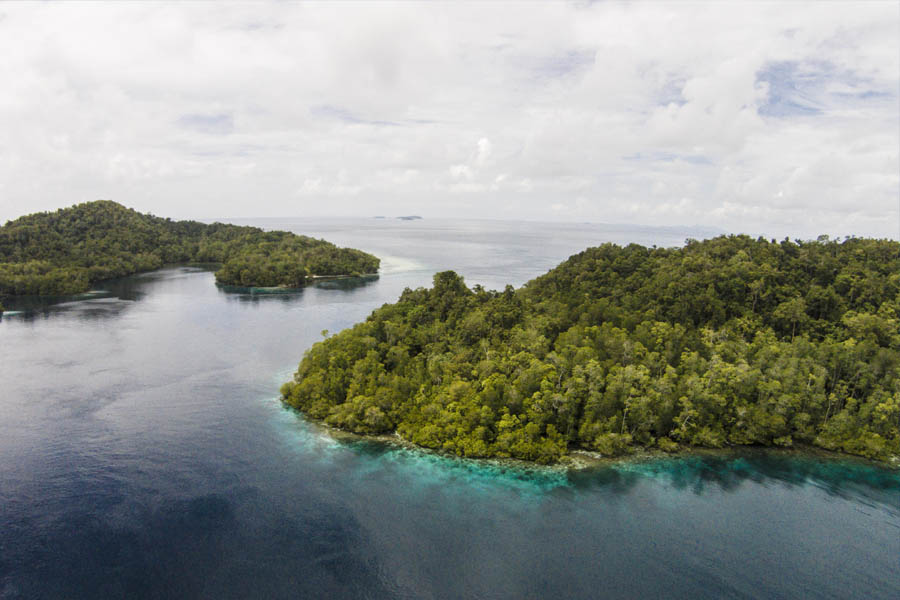 12 Aug How to experience a wildness and diversity of Raja Ampat?

Posted at 10:15h in Blog by MV EMPRESS
The Four Kings Archipelago
The Raja Ampat Archipelago is composed of thousands of islands and four main islands called “The Four Kings” (Raja Ampat). These islands have following names: Waigeo, Misool, Salawati and Batanta. This part of the world was discovered by tourists only recently (around 2004) with its crystal clear waters, cut off from the outside world paradise beaches, steep rocks covered with lush tropical forests and the extraordinary variety of the underwater world, which can be admired while scuba diving or snorkelling. In 2001, Raja Ampat was entered on the UNESCO list of World Natural Heritage. It is said that this region is characterised by one of the wildest ecosystems in the world. There are approximately 600 species of hard corals only! According to the National Geographic in the waters surrounding Raja Ampat there are approximately 1400 species of reef fish, 35 endemic species of fish, 13 species of marine mammals and 5 endangered species.Underwater wonders
Diving safari on the EMPRESS liveaboard enables you to travel to the one of the best diving sites in the world! Here you can see with your own eyes famous carpet sharks (wobbegong sharks) and tiny seahorses (pygmy seahorses), who mastered perfectly the art of camouflage. You will be surprised with the size and habits of carpet sharks (it is said that there are 12 species of wobbegong sharks), who repose lazily in cosy coral caves and mimic colours of sand or reef. Oceanic manta rays accompany divers basically on almost every dive, swimming majestically over their heads. Beautiful, magnificent, full of grace – mantas always make the divers’ hearts beat faster. Whitetip and blacktip sharks are curiously watching divers who are fighting the underwater sea currents in order not to be blown away like the cartoon fish Nemo. It happens that during stops a beautiful whale shark comes very close to the Empress boat.
You have probably seen our movie on which large fish schools are spinning and playing with air bubbles exhaled by divers – thousands of tuna fish, hundreds of barracudas, hundreds of thousands of sardines… You can feel like on a trip to Wonderland!Raja Ampat – trekking
The programme of our excursion “Raja Ampat & Misool – the best of” includes trips to the one of the iconic viewing points – Panemu – and to a salt lake hidden on the island – The Jellyfish Lake. It would be just an interesting hike in picturesque landscape, if not for the fact that the lake is full of countless large jellyfish. Even if they look as aliens, they don’t sting. That is why snorkelling with jellyfish rubbing divers’ legs and arms in splashing water under the warm sunlight is an out-of-this-world experience! The excursion ends with a must for each trip – the barbecue on the beach, which completes the whole EMPRESS adventure.

How to get to Raja Ampat?
To get to Raja Ampat you should take a plane from Jakarta, the capital city of Indonesia (flight lasts about 4.5 hours). The airport is located in Sorong, which is not far from the port, where boats sailing to Raja Ampat leave. Sorong is a small town inhabited mostly by Christians. Tourist are usually surprised by all these church towers and crosses after travelling through Indonesia, which is a Muslim country. In Sorong there are several hotels, in which you can rest after the few days’ cruise and feel the soil under your feet.
You can visit Raja Ampat in all seasons of the year. The water temperature is around 28-29 degrees, but the best time to visit is between October and April because of the underwater visibility – this is when Raja Ampat & Sorong – The Best Of excursions on the EMPRESS liveaboard are organised.